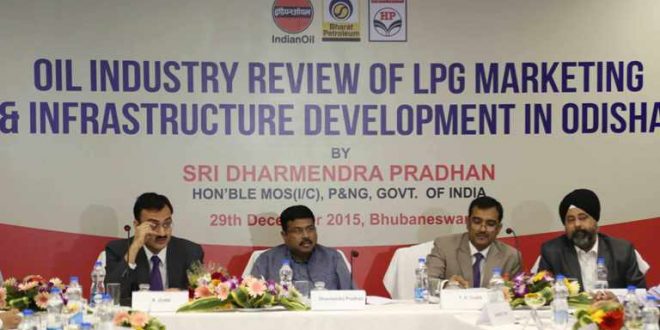 Holding a review meeting here on Tuesday, Pradhan directed to set up two new Bottling Plants in the western part of Odisha to meet LPG requirement of consumers.

The Petroleum Minister reviewed LPG availability and coverage in Odisha, as also the status of LPG infrastructure.

It was reported that nearly 7.5 Lakh new connection of LPG were given by the OMCs in the current financial year.

He also reviewed the current status of various infrastructure projects related to other petroleum products being undertaken by the OMCs in the state.

The meeting was attended by the senior officials of the ministry and all the three oil marketing companies.