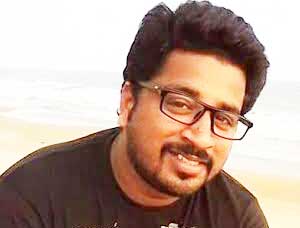 Raja succumbed to his injuries on Sunday at SCB Medical College and Hospital at Cuttack. He was admitted to the tertiary care hospital on Saturday night in a critical condition.

Mishra said that he knows Raja closely from several years.

Raja is the grandson of late former MLA of Badamba and freedom fighter Pratap Pattnaik, said Mishra in a release.

He was not only a good actor, but he was also a nice person, said the minister expressing his condolence to the bereft family of Raja.

Raja had started his career as a dancer in Chauliaganj, Cuttack. Then, he started a dance school in Chauliaganj.  He was the 1st Odia boy entrant in Sony channel’s reality show “Boogie Boogie ” finalist in top 5.

Raja had entered in the Odia album. Later, he accelerated his career to television serial and Ollywood movies where he gathered many accolades for his acting skills.

He has earned a name for himself for his acting in popular television serials like Devi, Uansi Kanya, Rajakanya, Pari and Sehnai.