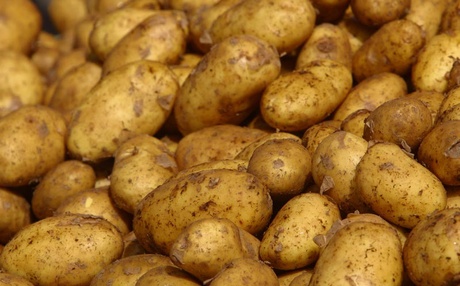 BHUBANESWAR: Amid mudslinging by BJD leaders and ministers over the steep rise of potato price in the state, opposition Congress and BJP on Saturday attacked the state government for failing to check the skyrocketing price of the staple food in the state.

Union petroleum minister Dharmendra Pradhan said the administrative machinery of the government is gradually coming to a standstill.

“The BJD government has been hoodwinking the people of Odisha. Isn’t it ridiculous that a government which is in power since 17-18 in the state is not in a position to ensure an adequate supply of potato to the people? Instead of taking urgent steps to bail out the consumers, the government will institute a commission of inquiry, and the Commission will not find any head or tail of the matter,” said Pradhan.

“Not only this, the ministers are blaming each other over the issue. This is utterly deplorable and ridiculous,” the minister said.

The leader of the opposition Narasingh Mishra said the potato scheme of the state government had met the same fate like other programmes, all of which have failed.

While the opposition parties are mounting an attack on the state government for its failure to check the potato price, the ministers and BJD leaders are at loggerheads over the potato crisis.

A day after Cooperation minister Damodar Rout said that the callousness of the bureaucrats had resulted in the rise in the price of potato, BJD spokesperson Pratap Jena on Saturday said ministers should not look for an escape route by blaming the bureaucrats.

“There has to be a proper coordination among the Agriculture, Cooperation, and the Supply departments to regulate the price of potato. The ministers should not look for an escape route by blaming the bureaucrats.They should personally take responsibility and find a way to bring down the price of potato,” said Jena.

On the other hand, Food Supplies and Consumer Welfare Minister Sanjay Dasburma and Agriculture Minister Pradeep Maharathy have locked horns over potato production in the state.

“Last year the potato farming was done in an area of 15,000 hectares. This year too potato has been harvested in 25,000 hectares. So, there would be an increase in production,” said Maharahty.

He also advised farmers to sell their potatoes directly in the market. This will fetch a good profit for them and also reduce the prices.