She has been arrested following a non-bailable warrant of SDJM court of Rourkela, informed an official of commissionerate police.

Though the local police here refused to divulge details about the case, sources said the company had opened a branch in Rourkela and had cheated investors operated by the accused.

Aggrieved on the Seashore officials, who had failed to return the money collected by the company, the investors had approached the local police in Rourkela but in vain. Later to get justice, they had approached the court who issued a warrant case against the accused afterwards.

Notably, on December 21, 2014, the Central Bureau of Investigation (CBI) had quizzed Jyotirani for hours in the multi-crore chit fund scam.

Jyotirani, a member of the board of directors of the company, was interrogated about the transfer of money from the company’s accounts to her personal account in the immediate aftermath of Prashant Dash’ arrest by the Crime Branch last year, CBI sources had said.

Prasant Das is in jail for allegedly duping thousands of depositors in the state by floating various schemes. 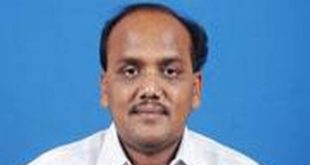