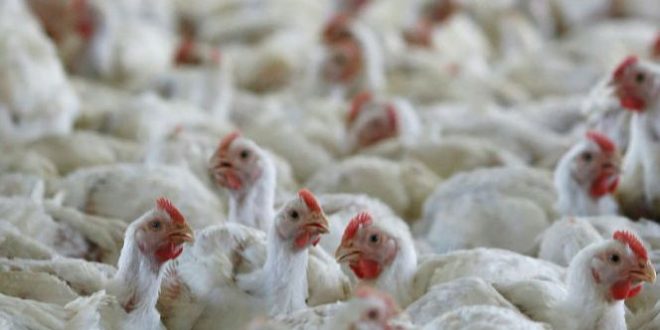 Kendrapada: Panic has struck among the poultry farmers as hundreds of chickens have died of a bacteria disease at a coastal village of Mahakalpada block in last ten days.

The reason of death, according to official sources, is said to be the protozoa borne disease ‘coccidiosis’, which generally affects the intestine of chickens.

The Gangamata SHG , Maa Tarini SHG and Jagatjanani SHGs have made poultry farms  after getting funds under ICZMP. As many as 2000 chickens were in the three poultry farms. But due to the outbreak of protozoa borne disease coccidiosis and bacteria-borne disease Salmonella, more than 600 chickens died in last ten days, stated Raghunath Singh, the Veterinary Surgeon of Mahakalapada.

The veterinary officials have collected the blood samples and also conducted the post-mortem of the dead chickens at the  District Veterinary laboratory. It has been ascertained that the chickens were died due to mixed infection of coccidian protozoa and Salmonella bacteria.

The District Veterinary experts stated that the bacteria started on the three poultry farms due to incessant rain in last some days.