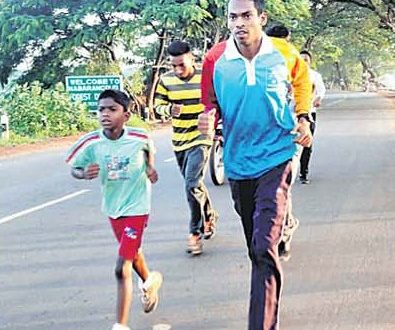 Nabarangpur: After wonder kid Budhia Singh, who had taken the nation by storm for his amazing feat of running 65 km in one stretch at the tender age of four, another Budhia is in the making in Odisha.

Like Budhia, the boy from Nabarangpur district also aspires to be a marathoner.

Naba Chalan, an 11-year-old boy from the town on Saturday covered 22 km at a stretch in a little over two hours. His coach Prakash Chandra Banja, a footballer himself, is determined to train the young sprinter to national marathon events.

However, there is no support or encouragement from the administration.

Naba Chalan is the son of Basu Chalan of Dasaharapada Sahi in Nabarangpur. He is a student of Class VI at Aurobindo School in the locality. He has been preparing himself under the guidance of Banja for the past six months.

The child prodigy came to limelight after running for six kilometers at one go last week. Then, he ran from Nabarangpur to Papadahandi covering a distance of 12 km and Nabarangpur to Jambaguda (18 km) in his subsequent efforts.

In his latest attempt, Naba started running from Chaunriaguda Chhak of the town on NH-26 and took two hours and two minutes to reach Jayantigiri.

Naba said he would participate in the state-level marathon in the junior category.

Banja said the boy would be trained to cover a longer distance in the coming days so that Naba would emerge as a marathoner.

However, the locals said that the fate of the child prodigy should not end the way like wonder kid Budhia Singh.

Notably, Budhia ran a record-breaking 65 km from Puri to Bhubaneswar in 2006 in seven hours and two minutes and secured a place in the Limca Book of Records.

However, he is in search of a coach, who can train him for the marathon. He complained that the coaches in the government sports hostel in Bhubaneswar are not giving proper training to him.

Recently, Budhia Singh was in the news for his biopic film ‘Budhia Singh-Born To Run’. 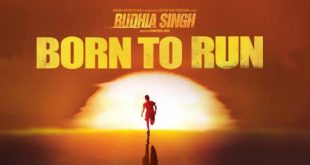