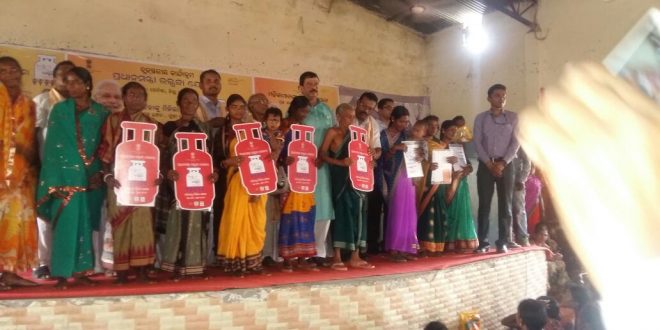 Bhubaneswar: The war between Centre and Odisha government continues over the launching of Pradhan Mantri Ujjwala Yojana (PMUY) in the state.

After the Centre sought adequate security for the oil marketing companies (OMCs) to implement the scheme following disturbance of BJD MLAs, the state government has asked the Centre to involve the elected representatives.

In a democratic governance structure which emphasizes devolution of power up to village level, the elected representatives of PRIs, ULBs and MLAs need to be involved by the OMCs in such initiatives- Chief Secretary Aditya Prasad Padhi.

He said the list of selected beneficiaries should be shared with local officials and elected representatives for better transparency in the distribution process.

The state government also launched a veiled attack at Petroleum Minister Dharmendra Pradhan for allowing BJP leaders to distribute LPG cylinders even though the people did not elect them.

It is ascertained that though the scheme is a direct activity of OMCs, LPG distributors, and the beneficiaries, the district/ local administration is not being kept in the loop while organizing such melas. Rather, the OMCs and their distributors are organizing the functions at many locations…by inviting the leaders of a particular political party who are not even elected public representatives to the exclusion of local elected public representatives-the Chief Secretary.

This is creating strong public resentment and has potential law and order ramifications.

Earlier, in a letter to the Chief Secretary, the Petroleum and Natural Gas Secretary pointed out disturbance by BJD leaders during LPG connection distribution in Puri and Cuttack.