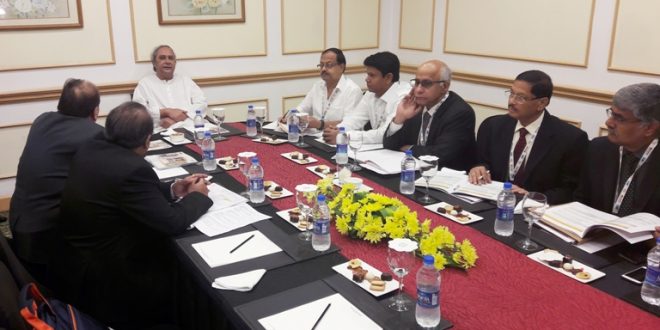 Bhubaneswar: Odisha has received investment assurance of around Rs 90 thousand crores with an employment potential of 70 thousand during the investors meet in Bengaluru.

Chief Minister Naveen Patnaik, who held one to one discussion with several industry players, informed that Odisha had got Rs 90,490 crore investment assurance in the two-day investors meet.

The state government officials including the ministers held a discussion with 66 companies.The Chief Minister on Friday launched a startup policy at the investors’ meet here.

He said it was aimed at placing the state among the three top startup hubs in the country by 2020. He informed that 1000 startups would be set up in next five years.

The policy announced today along with incentives, assistance and grants also include a startup capital infrastructure fund or seed fund up to Rs 25 crore to support the development of soft and hard infrastructure for the startup ecosystem.