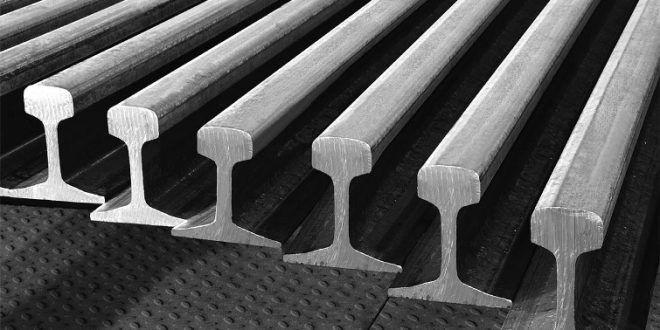 New Delhi: Jindal Steel and Power Limited (JSPL) has achieved a landmark by becoming India’s first and only manufacturer of ‘Head Hardened Rails’ for modern hi-speed trains and metros.

The landmark achievement also propels JSPL into the elite club of 7 global steel majors, who have the capability to manufacture head-hardened rails in the world.

The plant with an investment of Rs. 200 crores, is capable of delivering 30,000 MT of rails per month and has been set up in technical collaboration with M/S SMS MEER, Germany. Head Hardening technology entails a special heat treatment process which requires very precise temperature control to achieve nearly 50% higher hardness as compared to a normal rail.

On the remarkable achievement, Mr. Naveen Jindal, Chairman – JSPL said: “In line with the Government’s thrust on ‘Make in India’, JSPL has successfully completed trials of Head Hardened Rails and is all set for commercial production. JSPL being the only producer of Head Hardened Rails in the country, is poised to play an important role in the growth of India’s rail infrastructure.”

Mr. Ravi Uppal, MD & Group CEO, while speaking on the occasion, said – “The government’s renewed impetus on railway infrastructure development and the proposed introduction of high speed and bullet trains necessitate the establishment of a domestic facility to fulfill the need of Indian Railways.  We envisage our indigenously produced rail product line which includes India’s longest rails and head hardened rails, to be the preferred choice for the upcoming metro and high-speed rail corridors in India”.

Hitherto, such rails used in Metro projects as well as high-speed freight corridors have been imported. JSPL’s indigenously produced, international quality rails – besides offering substantial economy at prices, will facilitate delivery in shorter times and smaller order quantities when required, thereby reducing the dependence on imports as well as savings of precious foreign exchange.

The Ministry of Railways has a stated budget of Rs. 8.6 lakh crore over the next five years for modernization of Indian Railways. The government’s target of laying seven km of new Rail Tracks every day (2800 km during this fiscal) and envisaged target of up to 19 Km per day in 2018-19, is encouraging and offers tremendous opportunity for the indigenous industry. Based on the current demand projections, India has a requirement of over 1 Million (10 lakh) Tons of Head Hardened Rails over the next five years. At its current capacity, JSPLs head hardened rail facility can produce 30,000 tons of rails per month i.e. around 3.6 lakh ton per annum.

Based on the current demand projections, India has a requirement of over 1 Million (10 lakh) tons of Head Hardened Rails over the next five years. At its present capacity, JSPLs head hardened rail facility can produce 30,000 tons of rails per month i.e. around 3.6 lakh ton per annum.

JSPL has the unique distinction of producing the longest single piece track rails measuring 121 m at its Rail and Universal Beam Mill in Raigarh, Chhattisgarh. JSPL’s rails have been found to be significantly superior regarding lower rail wear & residual stress, higher strength, enhanced safety & cost efficiency and improved life cycle.  We have already supplied our rails to many prestigious projects including the Dedicated Freight Corridor and Delhi Metro Rail Corporation amongst others.