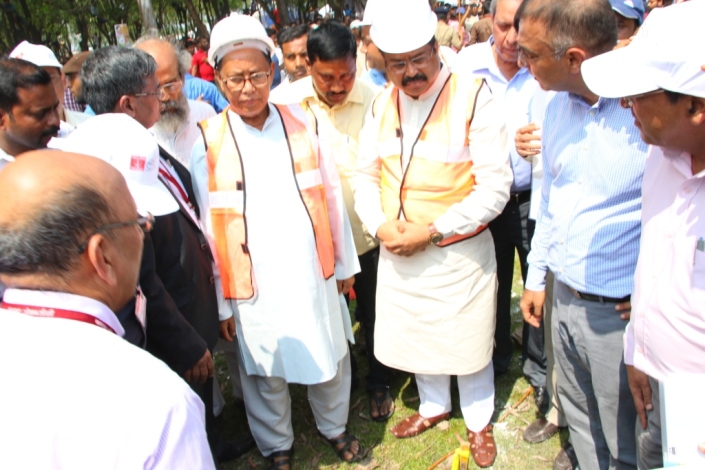 The NSP aims to undertake a fresh appraisal in all sedimentary basins across India, especially where no/scanty data is available, to have a better understanding of the hydrocarbon potential of India.

Under this programme, ONGC and OIL have been entrusted to conduct 2D seismic Acquisition, Processing, and Interpretation (API) across India.

ONGC has been assigned to carry out 2D seismic API of approx. 40,835 Line Kilo Meter (LKM) in onland part of 26 sedimentary basins in 18 states and union territories including Odisha’s Mahanadi basin.

OIL has been assigned to carry out 2D seismic API of 7408 LKM in the state of Assam, Manipur, Arunachal Pradesh, Mizoram, and Nagaland. National Seismic Programme (NSP) for 2D seismic Acquisition, Processing and Interpretation (API) Project will be completed by March 2019.

Mahanadi Basin in Odisha has been chosen as the first location for the rollout of the National Seismic Programme. The 2D seismic survey of the unapprised area in Mahanadi Basin (Onland) would establish the potential of hydrocarbon resources in the state.

In the Mahanadi Basin, Bhadrak-Jajpur area of about 2189 LKM and Chilika Lake area of about 341 LKM have been identified covering primarily Keonjhar, Balasore, Bhadrak, Jajpur, Kendrapara, Mayurbhanj, Puri, Khurda and Ganjam districts of Odisha.

High-resolution 2D seismic acquisition with cutting edge modern technology is planned in Mahanadi Basin area. The Acquisition stages scheduled from October 2016 to June 2018 while Processing and Interpretation are scheduled from July 2018 to December 2018.

The outcome from the NSP would contribute to better understanding of the sub-surface with Petroleum Systems across wider geological ages to explore the hydrocarbon reserves in Odisha. The total investment for the seismic acquisition in the onlandMahanadi Basin is Rs.79.57 crore.

He expressed the confidence that once hydrocarbon potential of Odisha is established through these initiatives, it would lead to Exploration & Production (E&P) activities and attract significant investment to the sector in the state generating employment opportunity and bringing prosperity to the state.

Odisha Minister for Steel and Mines Prafulla Kumar Mallick, CMD of ONGC Dinesh K Saraf and other senior officials of Petroleum and Natural Gas Ministry were present on the occasion.