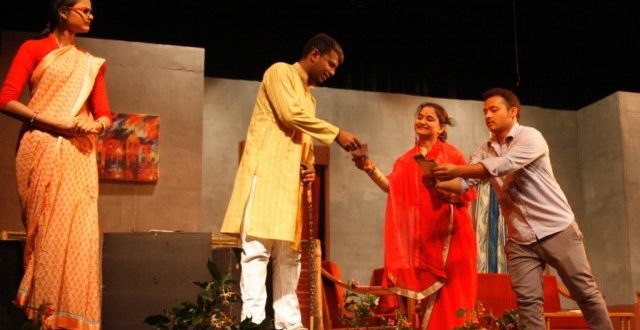 Bhubaneswar: The capital city of Odisha will soon have a theater in order to keep alive the  performing arts.

“To revive the theater culture, we have decided to construct Kalamandir in the city for which Rs 60 crore is planned to be spent. Rs 10 crore has already been sanctioned for the first phase of the project, which is going to be constructed in north Bhubaneswar,” said Panda attending a program of ‘Satabdira Kalakar’.

The authority concerned said the land to be allocated for the theater would soon be finalized. ‘Kalamandir’ would have provision for two open theaters and two auditoriums.

Meanwhile, one of the oldest theater groups in the state ‘Satabdira Kalakar’ has finally found its own theater ‘Biju Natya Kendra’, which was inaugurated In Bhubaneswar on Sunday.

It has a library, museum and theater classroom. Regular theater shows would be organized here from January 2017 where, along with Satabdira Kalakar’s artists, various other theater artists and groups are expected to perform their acts.

“It is a good thing that theater is still very popular. This theater groups in the state have been keeping the art form alive and we need to support it,” said the Culture minister.