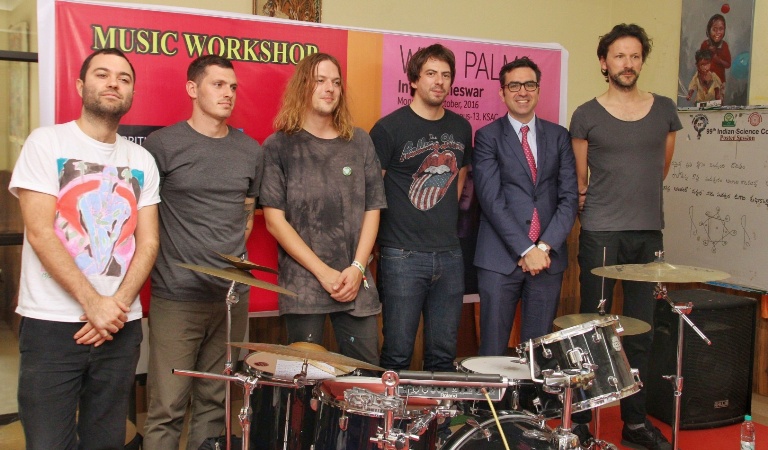 Wild Palms is among the many bands that are part of The Selector. The Selector is British Council’s award-winning radio show that covers all styles of music from indie, dub-step, folk, soul, electro and everything in between.

The show features interviews, mixes and exclusive live sessions from some of the most exciting British artists and is broadcast in over 40 countries. Each week it brings to audiences the brilliance and diversity of British music, promoting the sounds, talents and musical culture of modern Britain to an international audience. The Selector is available online on MixCloud – anytime, anywhere.

Alan Gemmell OBE, Director, British Council India, said, “I am delighted that we have been able to bring a band from the British Council’s Selector Live program to Bhubaneswar in partnership with KIIT. The British Council plans to bring The Selector to Indian radio channels in the near future and many more music initiatives, including Mix The City. My love for music began with my playing the piano. Working with all kinds of musicians and other artists as part of my job in the British Council, I realize that the arts can begin conversations and change the world.”

Dr. Achyuta Samanta, Founder Kalinga Institute of Industrial Technology (KIIT University) and Kalinga Institute of Social Sciences (KISS), said: “We are happy to support the concert by Wild Palms and British Council’s Selector Live program in Bhubaneswar and strengthen the links between India and UK. We have a wide network of 25,000 students over 22 campuses and I am sure they will enjoy this show. We work with international organizations from across the world and help them make connections with Odisha.”