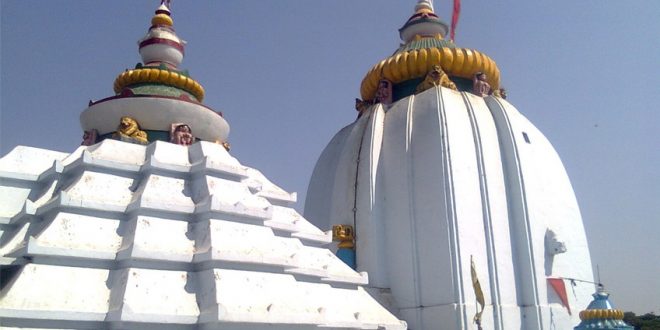 Cuttack: The district administration under the chairmanship of Cuttack Collector Nirmal Chandra Mishra held a preparatory meeting at the Dhabaleswar shrine on Tuesday for the smooth conduct of famous Bada Osa and Panchaka festival.

Every year lakhs of devotees throng this holy shrine in Odia month of Kartik to have darshan of the Lord Dhabaleswar. The congregation of devotees multiplied during the last five days of holy Odia month of Kartik called- Panchaka. On the third day of Panchaka, the great festival of the Lord- Bada Osa observed at the shrine with utmost sanctity and the day following it is observed in the homes of almost Odia family of the state.

Last year, over seven lakh devotees, congregated at the shrine during Panchaka.

The CESU authority has been asked to supply uninterrupted power supply with heavy duty generator facility and the RWSS is instructed to supply safe drinking water to the devotees. The fire brigade personnel and ODRAF team would assist at the ferry ghat, said an official.

Police personnel of adequate number would be deployed to maintain law and order. Three temporary First-Aid centers would be opened by the health department in and outside the shrine for the devotees.

A temporary Information center would be opened to provide necessary information on the Lord and the festival.