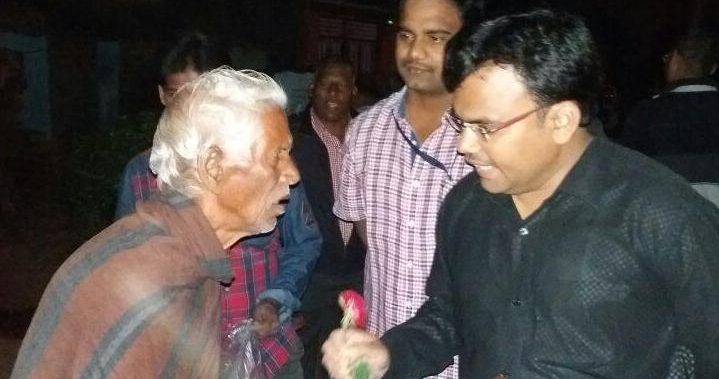 Ganjam: In a bid to check open defecation, the Chhatrapur block administration in Odisha’s Ganjam district has adopted a unique method of offering roses to the people, who are practicing open defecation.

A team led by Chhatrapur BDO Banshidhar Khosla presented red roses to those who prefer to continue with the practice.

Each person found defecating in the open was handed a rose and requested to cover the dirt with soil.

The team arrived at Nauli village in the wee hours on Tuesday and gifted roses to the men and women who were returning after defecating in the open. Some of the villagers were taken aback at this gesture and promised not to do it again.

The block administration is sensitizing the people about the bad impact of open defecation.

Later, an awareness meeting was held which was attended by several villagers and panchayat representatives.

The officials explained to people the harmful effects of open defecation.