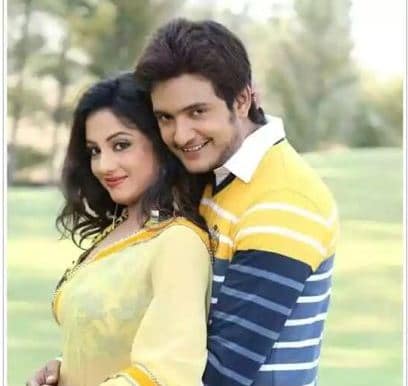 Bhubaneswar: Ollywood heartthrob Riya Dey and rising star Abhishek Rath will come together in another love story after Chup Chup Chori Chori. They will be seen romancing in their upcoming Odia movie ‘Katha Deli Matha Chhuin’.

Katha Deli Matha Chhuin film is produced under the banner of Range Royal Cinelab. The producer of the film is Shridhara Martha.

Screenplay and direction are done by Shailendra Parida while Prem Anand is the music director.

After the lukewarm response to their last movie, both the actors are expecting that their next movie would entertain the audience and it would prove a box office hit.

Abhishek has acted in several Odia movies that include ACP Sagarika, Kehi Nuhen Kahara and Revenge.

Riya appeared in lead role in Tora Dine Ku Mora Dine, which was released in Durga Puja this year.