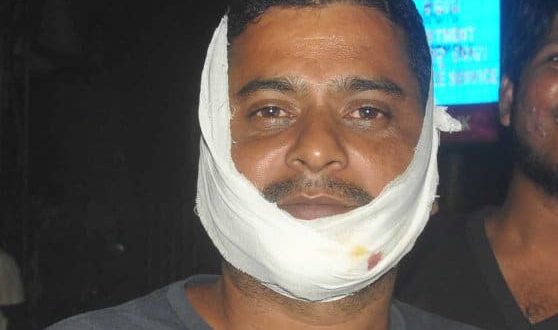 Panic In Bhubaneswar As Miscreants Injured 12 persons With Beard Knife

The three youths riding the black Pulser without registration number attacked 12 people in the beard knife injuring them on face, hand and neck. They also looted valuables from some passersby, said police.

Police said six persons have been seriously injured following the attack by the miscreants.

The injured were rushed to the Capital Hospital for treatment. Soon after the news spread, a panic spread among the people.

According to eyewitnesses, the miscreants attacked the persons, whoever came to their face and looted with valuable items.

“One of the three attackers, identified as Amit Mohapatra of Goutam Nagar area in the city, was nabbed near Rupali square. The police have launched a manhunt to catch two others of Laxmisagar area who are on the run,” said Twin City Police Commissioner YB Khurania.

He said the attacker is a student.

The police are interrogating the nabbed student to know about the other two miscreants.

Khurania said other two persons have been identified.