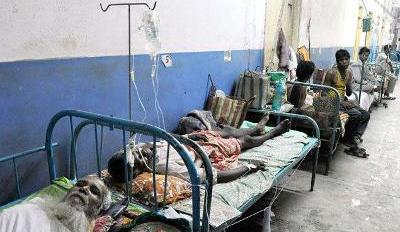 Bhubaneswar: The Odisha government on Wednesday held a meeting to start vaccination process in the Japanese Encephalitis (JE) affected Malkangiri district, where 93 children have died so far.

The vaccination process will begin in December.

The State level Task Force meeting on JE vaccination was held under the chairmanship of Health secretary Arti Ahuja.

State immunization officer presented the plan and preparedness for this vaccination campaign in the districts Malkangiri , Jajpur , Keonjhar, and Mayurbhanj. In the campaign, children of 1 year to 15 years will be vaccinated, said a release.

Though approximate no of children to be vaccinated in those four districts have been estimated, actual head counts through the house to house survey should be done and action plan would be made accordingly for vaccination, directed Ahuja.

The Malkangiri Collector has taken steps in this regards. Similarly, in other districts, the government may draw up a micro action plan, said the release.

As per guideline, children with high fever, malnutrition, infections and liver , heart and kidney diseases should not be given vaccination. A checklist for vaccination planning and monitoring should be sent to the districts.

Prior to vaccination, wide publicity through leaflets, mike, posters, banners etc be circulated to create mass awareness. There should be 100% coverage and left out cases if any be located and immunized.