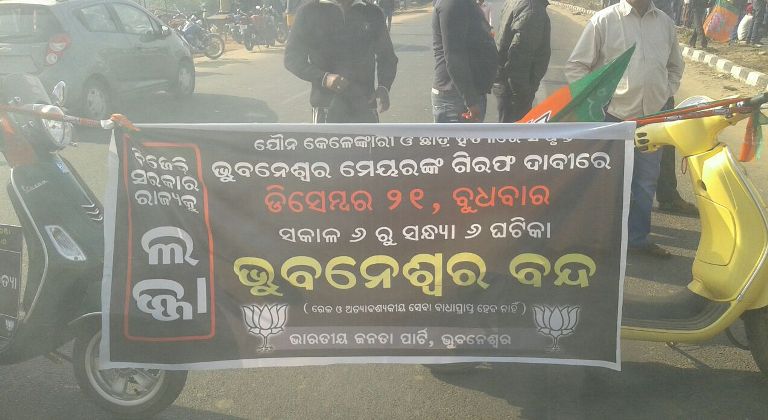 Bhubaneswar: Following the clash between BJD and BJP activists during 12-hour Bhubaneswar bandh, the saffron party on Wednesday warned that the party workers will protest Chief Minister Naveen Patnaik during his visit to different districts.

“We were observing peaceful protests across Bhubaneswar. But, the police allowed another similar rally of BJD to foil our protest rally. It has been done at the behest of the Chief Minister. We will see how the Chief Minister visit different districts,” said BJP general secretary Prithviraj Harichandan.

Another BJP general secretary Bhrugu Baxipatra said the ruling BJD has resorted to ‘Gundaraj’ and protecting a person, who has allegedly involved in a murder case.

The activists of BJP and BJD clashed at Master Canteen Square here on Wednesday morning during the 12-hour Bhubaneswar bandh being observed by the saffron party.

The scuffle ensued at two different locations-Master Canteen square and Rammandir square-as the activists of the two parties hit the street to oppose each other.