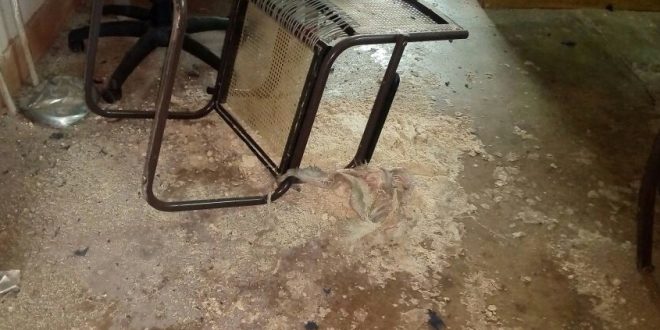 Bhubaneswar: Trains passing through Daikallu Railway Station in Rayagada district have come to a halt due to an explosion by Maoists on Thursday night in the station.

The window of the office and several properties were damaged in the explosion, sources said.

As per the statement of S.K. Parida, Station Master of Daikallu Station, 15-20 armed Maoists arrived there at around 1:30 am and first ransacked the office.

Then, they pulled the station staff out of the office. After that, they caused an explosion in the office and snatched away the walkie-talkie used by the Station Master, said a statement of East Coast Railway.

Before fleeing the spot, they also put up posters and banners of CPI(Maoist) protesting Prime Minister Narendra Modi’s visit to Odisha and appointment of non-Odia administrative officers in the state.

Many trains have stalled near Muniguda Railway Station in the district.