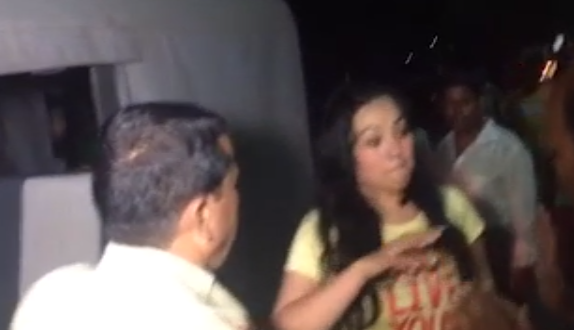 Bhubaneswar: A female tourist, who was in an inebriated condition, created ruckus near Bhubaneswar railway station on Sunday night and assaulted cops before getting arrested.

She also had to undergo a medical test.

The lady was lying on the footpath in front of the HHI hotel with a bottle of liquor in her hand.

Being informed, city cops reached the spot and tried to help her. But the lady started abusing and beating up the police personnel.

The police then took her to the Capital Hospital for medical assistance. She created ruckus even there also.

The lady has been identified as Duniya Khan from Lajpat Nagar, South Delhi as per her Aaadhaar Card. The cops recovered cash, a bottle of liquor and an expensive mobile phone from her.

While the investigation is underway, the Cops suspect the lady to be involved in some sex racket.