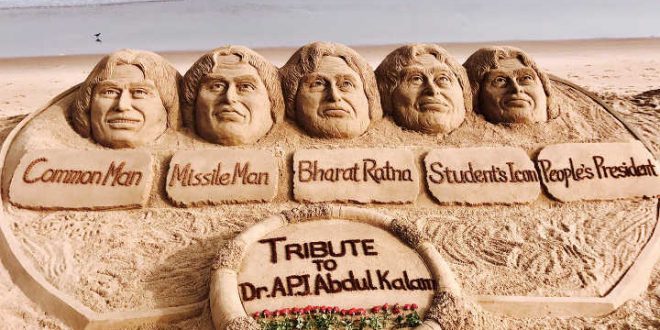 Dr. APJ Abdul Kalam passed away on July 27 in 2015 while delivering a lecture at the IIM-Shillong in Meghalaya.

Pattnaik recalled that Dr Kalam had invited him for the first time to Rastrapati Bhawan in 2005 when sand art was not well-known in the country and encouraged him a lot.

It was a great honour for me when Kalam gave me a cheque of Rs 3,000 from his personal account. Today, we have lost the nation’s Missile Man, People’s President with a simple heart and beautiful mind and soul who was an inspiration to the nation’s youth – Sudarsan Pattnaik

So far Padma Shri awardee Sudarsan has participated in more than fifty international sand art championships and festivals around the world and won many prizes for our country. Pattnaik always tries to spread messages through his sand art. 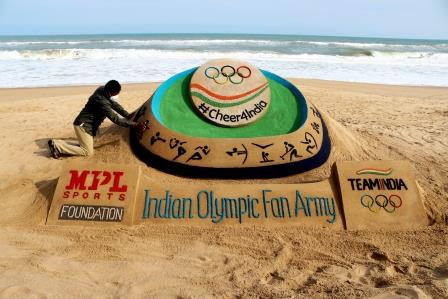