Bhubaneswar: The Odisha government has decided to prepare a master plan to utilise the Mahanadi water flowing to the sea by constructing barrages and anicuts.

“The state government is working on a road-map and a master plan to put a check on the water of Mahanadi that is getting drained into the sea by constructing barrages and anicuts,” Water Resources secretary Pradip Jena told media persons here.

He said the government would construct as many as seven barrages in the downstream of Mahanadi river.

Besides, 22 barrages will also be constructed on tributaries and distributaries of Mahanadi, he added.

Notably, the Odisha government drew flak for not constructing barrages to store and utilise the Mahanadi water, which flows to the Bay of Bengal.

Notably, around 52% of water is going into the sea, while Odisha can utilise only 22,948 million cubic meter (MCM) of water.

The state government has taken up at least five projects since 2000 to utilise the water flowing to the sea. 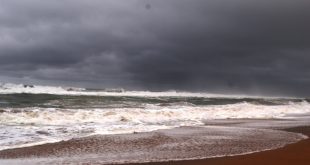