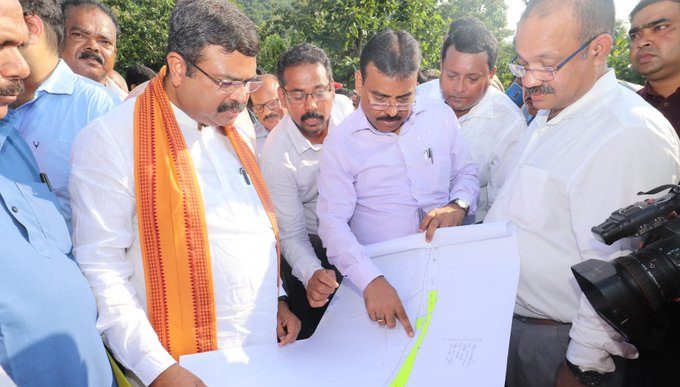 Bhubaneswar: President Ram Nath Kovind will lay the foundation stone for the Paika Bidroh Memorial during his visit to Odisha on September 27-28.

Union Petroleum Minister Dharmendra Pradhan informed that the President has been requested to lay the foundation stone for the Memorial.

“The proposed Paika Bidroh Memorial will be a tourism destination showcasing the heroic saga and valour of Odias for the future generation,” said Pradhan.

Pradhan along with Odisha Tourism Minister Jyoti Prakash Panigrahi on Saturday visited the proposed site at the historic Barunei foothills in Khurdha and reviewed the preparation ahead of the visit of the President.

“While commemorating the 200 years of Paika Bidroh-the first war of Indian independence, Modi Government had planned and proposed for a Paika Bidroh Memorial at the historic Barunei foothills in Khordha,” said the Minister.

During his two-day visit, President Kovind will also attend a programme at Gopalpur in Ganjam district.

Earlier, Pradhan had requested the state government to identify land for the Paika Rebellion Memorial.