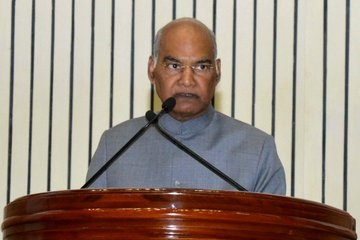 Paika Rebellion of 1817 was India’s first organised armed rebellion against the oppressive rule of the East India Company.

“The memorial, after getting established, will play a major role in making youths and tourists aware about the legends of paikas. I thank Chief Minister Naveen Patnaik and Union Minister Dharmendra Pradhan for their efforts towards establishment of the memorial,” he added.

The President also remembered the sacrifices of Jai Rajguru and Buxi Jagabandhu.

Chief Minister Naveen Patnaik reiterated the demand to accord Paika rebellion as the first war of Independence of the country and run an express train from Odisha in the name of Buxi Jagabandhu.