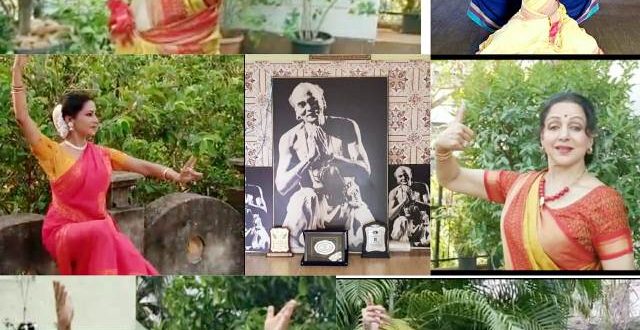 .Mahasweta, who is all set to launch her own YouTube channel ‘Mahasweta Ray Official’ with this new music video, attempts at creating a harmonious blend between the Classical Odissi dance and Odia film industry.

“I was thrilled when Hema Ji readily agreed to be a part of this music video. I am deeply grateful to Hema Ji and Sujata Mohapatra for making this possible as well as the music director Premanand for his immense help,” said Mahasweta.

This inspirational song is composed by music director Premanand, as part of the nationwide attempts to motivate people through these times of a pandemic.

Popular playback singers Sabishesh, Deeptirekha, and Biswajit have lent their voices. Penned by Basant Raj and edited by Bijay, this video is ready to be launched on Youtube ‘Mahasweta Ray Official’ channel.