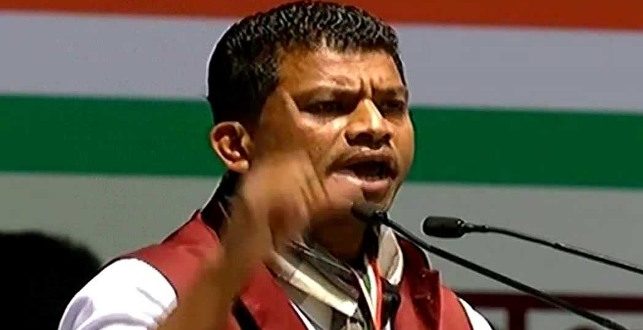 NABARANGPUR: Former Nabarangpur MP Pradip Majhi and his 17 supporters were sent to jail on Sunday for vandalising a forest range office at Raighar block headquarters and causing injuries to the forest officials in this district on Saturday.

Police detained them on Saturday.

They had a scuffle with the police when they made an attempt to torch the forest office. Ranger Kumar Khara, IIC Narendra Majhi and others sustained injuries in the incident.

Sources said, the Congress workers took out a rally from Jagannath temple and submitted a memorandum enlisting their demands to additional tehsildar MR Mohanty. Later, they reached the office of additional BDO Bijay Kumar Sethi to apprise him of their claims.

However, the Congress men had a heated exchange with the staff over some issue which later flared up, and the protesters went berserk. They alleged over Rs 3 crore was collected from innocent tribals to issue them forest land pattas whereas not a single person has received the document.

They also levelled charges of irregularities against block officials during the distribution of ration cards under NFSA.