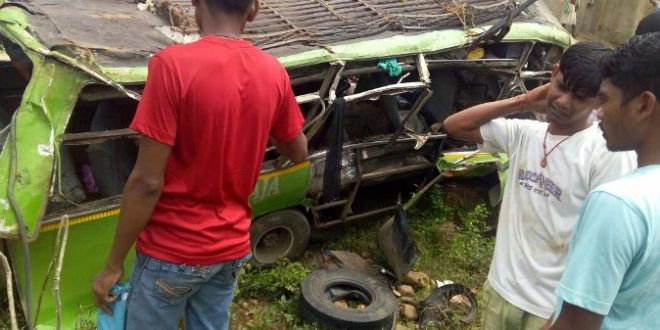 Bhubaneswar: On an average 12 lives were lost while 15 sustained injuries every day in road accidents in Odisha last year, said a report.

According to National Crime Records Bureau statistics 2015, as many as 4431 people got killed in road accidents last year while it was 4299 in 2014.

As many as 5710 persons sustained injuries due to road accidents during 2015, the report said.

Notably, 19 persons were killed and over 30 injured in a road accident in Angul district on Friday. The overloaded bus fell off a bridge killing the passengers.

Following the incident, the state government has decided to launch an extensive drive to identify black spots on highways and keep a close watch on the vulnerable zones. The government has already identified 86 black spots, where accidents take place repeatedly.

“We would take steps to remove encroachment and obstructions near the black spots. The whole stretch near the spot would be free from any encroachment. If required, roads would be widened,” said Works Secretary Nalinikant Pradhan.

The state government has decided to adopt customized safety measures for the black spots along with strengthening enforcement of road safety laws along the stretches.