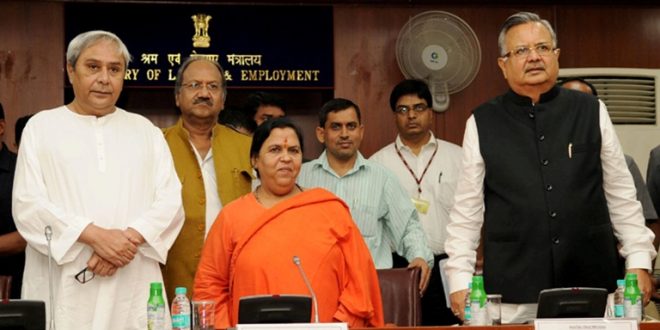 Bhubaneswar: As the tripartite meeting to resolve the Mahanadi water dispute remained inconclusive, the Odisha government is mulling to move Supreme Court for setting up a Tribunal under Interstate Water Dispute Act 1956.

We will explore all options. We will leave no stone unturned to protect the interests of Odisha. That would certainly include the legal option of approaching the Apex Court for setting up of Tribunal under Interstate Water Dispute Act 1956 – a release from the state government.

The serious environment threats posed by these projects will be decisively challenged in all suitable Forums including National Green Tribunal (NGT), it added.

Earlier on Saturday, a tripartite meeting was held in New Delhi to resolve the water sharing issue. The meeting was attended by Chief Ministers of Chhattisgarh and Odisha and Union Water Resources Minister. However, it failed to achieve any breakthrough on the issue.

Government of Chhattisgarh, despite all persuasive efforts, remained adamant at not agreeing to the just and equitable demands of Odisha – mentioned in the release.

Union Minister for Water Resources could not prevail upon Government of Chhattisgarh to agree to the just concerns of the State. She stated that the Union Ministry can at best play an advisory role and not issue any binding directions.

Hence, the tripartite meeting could not succeed, leaving Government of Odisha with no option than to explore other options for the livelihood and wellbeing of about two-third of Odisha’s population dependent on agriculture and directly or indirectly impacted by Mahanadi – the release mentioned.