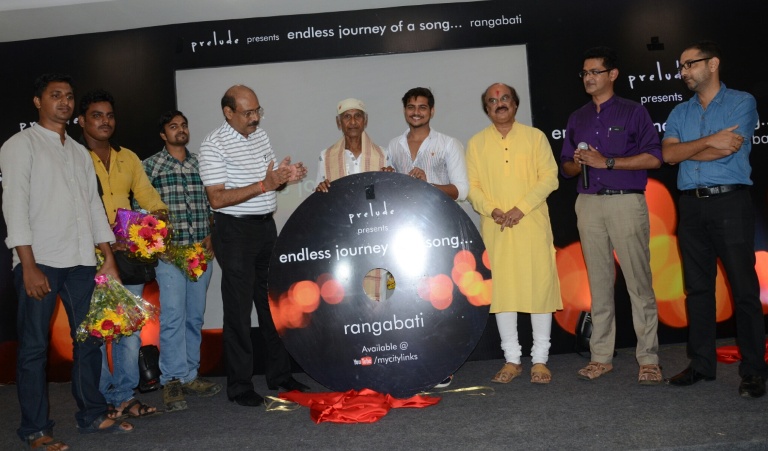 Bhubaneswar: Odisha’s creative industry saw a novel initiative in the form of a short documentary which is based on state’s most celebrated song “Rangabati”.

“Endless Journey of a Song…Rangabati” has been produced by Prelude and directed by debutant Raj Rajesh. The documentary was screened at the Press Club of Odisha amongst Ollywood fraternity where Jitendra Haripal and Krishna Patel were felicitated for their extraordinary contribution to Odia folk music.

The documentary showcases how the song was made and under what circumstances and challenges. It features the original singers Jitendra Haripal and Krishna Patel along with other musicians and singers who have recently made the renditions of the song popular in the national music scene.

“In this era of social media, the new age artists have taken the music industry by storm and cover versions of this song is hugely popular amongst the youth. But let us not forget the original singers and composers who made this song in the first place. Through this documentary, we hope to let today’s generation know about the rich history of our folk music that inspires the latest music trends,” said Satyabrat Sanu Ratho, Co-founder of Prelude.

“The teasers of the documentary are already a hit in the social media. The youth is very appreciative of classy numbers and their interest to know about the story behind this song, its singers, and its journey is very inspiring and encouraging,” said an excited Raj.

The documentary shall be available across social media platforms like Youtube and Facebook so as to reach a maximum number of audience and spread the beauty of Odia folk music and its legendary singers beyond borders.