Bhubaneswar: At least 24 Maoists were killed and one jawan martyred in an encounter near Andhra-Odisha border on the early hours of Monday, said police.

A joint team of Andhra Pradesh and Odisha police carried out the operation near Jantri in Malkangiri district of Odisha, informed Director General of Police (DGP) KB Singh.

Out of the two personnel of Greyhounds, an elite anti-Naxal force of Andhra Pradesh, who were injured, Md Abu Bakar succumbed to his injuries.

“The Odisha Police team approached the spot from the Andhra Pradesh side as it would have been difficult for us to reach the cut-off area from the Odisha side,” said Singh.

Malkangiri Superintendent of Police Mitrabhanu Mohapatra said they have got information about the presence of around 40 Maoists in the area.

“We are expecting that some top leaders of the Maoists may have died in the encounter. However, it can only be confirmed after the bodies are brought here,” said Mohapatra.

Two constables were injured in the encounter.

Four AK47 rifles, three Self Loading Rifles (SLR), ten 303 rifles and some other guns were among the goods seized from the spot of the encounter. 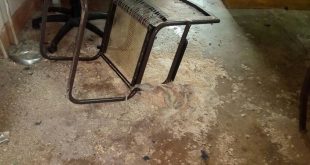