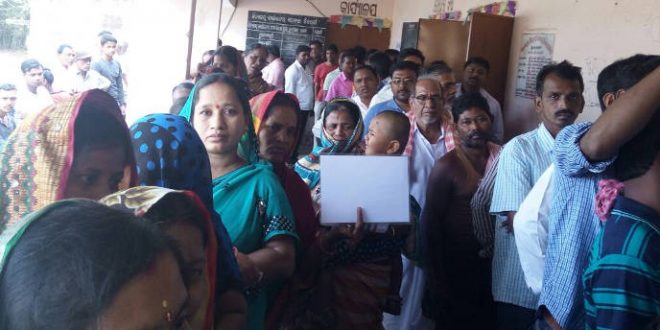 Bhubaneswar: The first phase of panchayat polls recorded 71% turnout in Odisha on Monday.

He said barring some minor violence at few places, the election was smooth.

Senapati said his office has received information about some minor incidents including booth capturing, ballot box looting and boycotting of votes at some places.

“We will take further steps for re-polling after getting a detailed report from district collectors,” said SEC.

In the first phase of the five-phased rural election, the voting was held earlier on Monday for 188 Zilla Parishad seats, 1,506 Sarpanch seats, 1,506 Samiti member seats and 20,369 Ward Member seats.