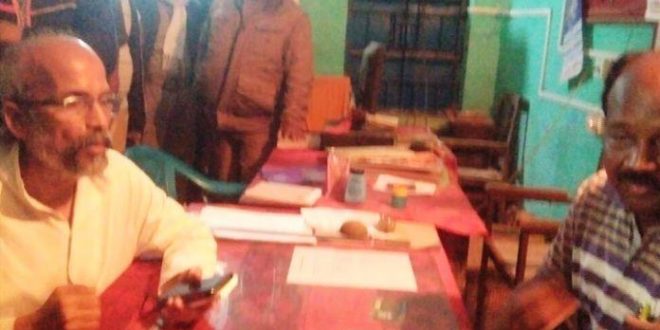 Supporters of both the parties clashed with each other after some miscreants pelted stones at senior BJP leader and former MLA Pratap Sarangi’s vehicle near Berhampur.

According to reports, some miscreants pelted stones at the vehicle of Sarangi late on Thursday night while he was returning from an election campaign.

FOllowing the incident, Sarangi lodged a complaint with the police alleging BJD workers behind the attack this morning. Hundreds of his supporters had face off with the BJD supporters in the presence of Nilagiri MLA Sukanta Nayak and Sarangi while demonstrating against the attack in front of Berhampur police station.

Police said they were investigating into the matter and trying to nab the culprits.