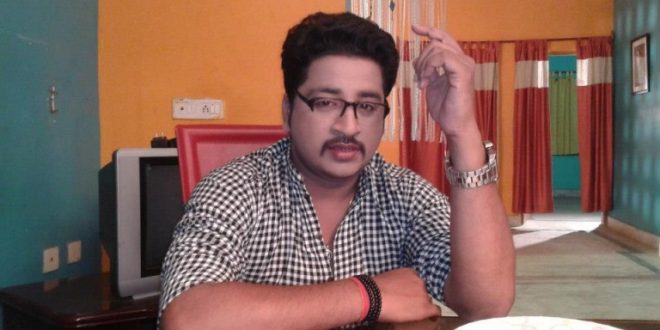 CUTTACK: Popular Odia television serial actor and choreographer Ranjit Patnaik, well-known in Ollywood as Raja, succumbed to his injuries on Sunday at SCB Medical College and Hospital here who was admitted to the tertiary care hospital last night in a critical condition.

On Sunday morning, his family received a phone call that Raja has met an accident while he was on the way to Cuttack after attending a programme from Bhadrak. All family members rushed to the hospital and found Raja as dead. Raja was the only son of his family.

Ranjit was rushed to the government-run hospital in a critical condition where he breathed his last while undergoing treatment.

A pall of gloom descended on the glamour industry as the news spread.

Several actors, directors, producers, friends and acquaintances rushed to the hospital to offer last respect to the departed soul.

Raja had started his career as a dancer in Chauliaganj, Cuttack. Then, he started a dance school in Chauliaganj.  He was the 1st Odia boy entrant in Sony channel’s reality show “Boogie Boogie ” finalist in top 5.

Raja had entered in the Odia album. Later, he accelerated his career to television serial and Ollywood movies where he gathered many accolades for his acting skills.

He has earned a name for himself for his acting in popular television serials like Devi, Uansi Kanya, Rajakanya, Pari and Sehnai.

He has worked with top album directors like JP mohanty, Bobby ishlam, Tuna – Chandan, Lubun-Tubun etc. Passed out from Sangita Mahabidyala, he has done an Odia movie titled “Mita Re Mita”. He has worked in Sarthak production daily serial “PARI” and TARANG TV productions’ “SAHANAI “.