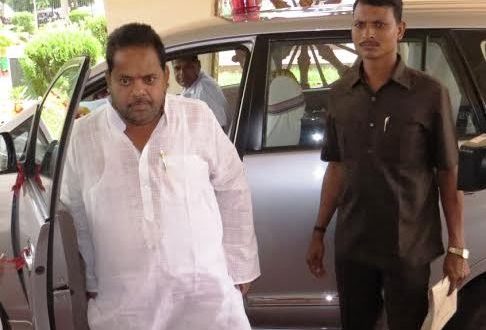 Bolangir: BJP activists hurled eggs at the car of Agriculture Minister Pradeep Maharathy once again in Bolangir on Wednesday.

The BJP workers pelted eggs at Maharathy’s car at Bhagirathi Chhak here when the minister was on the way to attend a meeting of the District Rural Development Agency (DRDA). The saffron party workers also waved black flags at Maharathy.

The incident repeated despite tight security in the town.

“We had asked the minister to take back his statement. But, he did not,” said Singhdeo.

Notably, Maharathy had stated that he would not allow the BJP leaders to Pipili.

Maharathy had faced egg attack on Tuesday in Bolangir. Several BJP workers had pelted eggs at the minister’s car at Sudapada level crossing in Balangir district.

Meanwhile, supporters of Maharahty on Wednesday staged a road blockade in Pipili, the constituency of the minister, protesting against the egg attack.