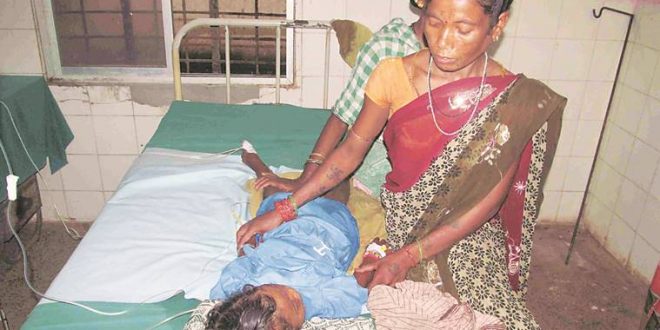 Bhubaneswar: The death toll due to Japanese Encephalitis has increased to 53 as three more death of children were reported in Odisha’s Malkangiri district on Friday.

Even as the state health department is claiming that the situation is under control, the death toll is increasing day by day.

Meanwhile, a police complaint was lodged against Chief Minister Naveen Patnaik and several other ministers and officials in Malkangiri police station holding them responsible for the death of children.

Ura Madhi, a resident of Kuimetla village in Kalimela block, lodged a police complaint against the Chief Minister and other officials alleging that the disease took a heavy toll because of the negligence of state government.

Harichandan said Congress would launch a statewide “Sishu Bachao” (save the children) campaign from October 26 under the leadership of former MP Pradeep Majhi.

The programme would take off from Malkangiri, he said.

He said while 34 children are under treatment, doctors are camping in the affected villages for the prevention of the killer disease.

However, BJP spokesperson Sajjan Sharma urged the intervention of the Chief minister to check the growing deaths.